Notes around the musical project

Almost fifty years have passed since then and the world has changed a lot. So when I was asked to create a work of musical theater on Alekos Panagulis, I was initially a bit perplexed, his figure seemed to me now discolored by the time and the sunset of many of those ideologies. 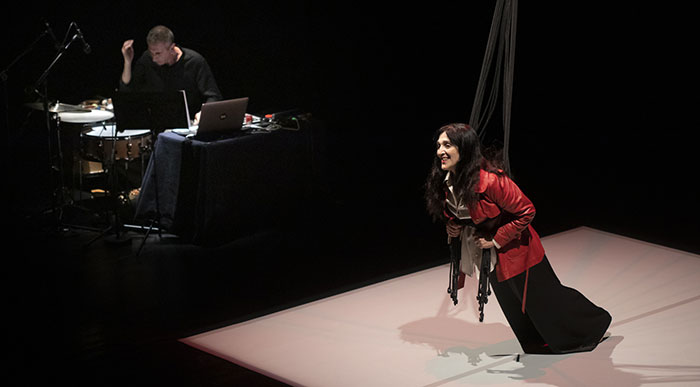 Instead, with surprise, as I reread his poems and his story, I realized how that thought still remains intact, of how that burden of overbearing vital energy may still be necessary and actual, after the necessary purification of time. And indeed, more today than then, the desire for democracy and freedom pursued with so much emotion by Panagulis gives us a desire for positive participation. Just that same participation that the current media seem to grant us more and more but taking away all the enthusiasm.

How to deal with this subject from the musical point of view, how to make the vitality contained in the texts of Alekos Panagulis?

First of all transforming the story and poetry of Alekos into “sound”, trying to make the expressiveness of every phonetic element, which Elena interprets masterfully, even more perceptible, and which digital processing can make even more emotional: in the multiplication of the voice up to make it become a chorus, in the creation of a three-dimensional space that leads the public to immerse themselves in the verses and not only to look at them from the reassuring distance of the audience, trying to bring the text into the hyper-realistic dimension of a performance of contemporary musical theater.

And then building a project where the musicians do not perform a preconstituted and immutable score, but in which each instrumentalist contributes, with the sharing of his own musical identity to the construction of the general score. Paolo Ravaglia and Michele Rabbia are not simply performers, but performers and creators within a structure in which text, voice and sound dialogue with each other, combining without losing their individuality.

In the background of course, to refer to, there is often Greek music with its traditions of free cohabitation that brings us back to that land of which Panagulis is a son. Certainly not that insistent background music that, like in every other place in the world, constantly buzzes around us, but that music which is perhaps the most ancient of the Mediterranean civilization and that best of all has been able to blend the cultures with which it came into contact . Listening to Greek art music, we realize that we are faced with the perfect synthesis between Latin music, Arabic and Balkan music. That synthesis that today’s music is increasingly used to doing. A music that no longer belongs to a musical genre, but that, perhaps utopistically, is at a higher level, a synthesis that identifies everyone in a single common language. 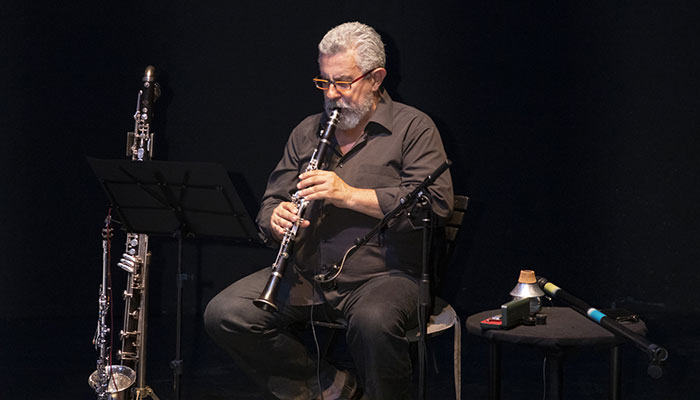 Notes around the theatrical project

Music and words intertwine, alternate, merge with one another: the first impulse comes from Un uomodi Oriana Fallaci and from the verses of the protagonist of that famous truth-novel, Alekos Panagulis (who was then the author’s companion), hero of the Greek Resistance against the tyrant Papadopoulos, who during the harsh detention he was subjected wrote, with his own blood, poignant poems on the few pieces of paper removed from the carelessness of his jailers. A story from which the reflections that compose Elena Bucci’s melologue arise, supported by the score of Luigi Ceccarelli, in which the pulsing of percussion, the sounds of the clarinet and pre-recorded voices electronically reworked duet in counterpoint with the word “live”. A political theater to not forget and give new meaning to the polis.

Alekos Panagulis, revolutionary and Greek poet imprisoned for an attack on the dictator Papadopoulos and then freed thanks to a strong international movement, meets Oriana Fallaci for an interview: they remain connected, between discussions, struggles for freedom, joy, solitude and hopes, until to the death of him for a mysterious accident in 1976, and even beyond, through the books of Oriana who, like him, transforms pain into writing for everyone’s memory. Their melody with many souls is inspired by their history.

It seems to me that memory is an increasingly necessary practice: first I thought that my not being able to forget was a disease, now it seems to me an infinite trunk of the treasure from which to draw, as if the memory of others were also mine.

When I left for a trip to Greece after leaving school, I brought with me a book where a bold journalist, Oriana Fallaci, told of her destiny’s intersection with that of Alekos Panagulis, a Greek politician and poet imprisoned, tortured and sentenced to death for the his failed attempt on the dictator Papadopoulos. A very strong international opinion movement had led to the suspension of the sentence and then a grace to release from prison. They meet for an interview and remain connected, amid passionate discussions, go and return, until his death in a mysterious accident in 1976.

The power of writing accomplished its miracle: lost in that dusty and fragrant land that overflows with ancient signs, near and far, among the temples, the seascapes standing in time and the chaotic and black cities, it seemed to me to live the lives of Oriana and Alekos, fighting against conformism and irreducible lies, hostile by nature and discipline to power and tyranny. It was narrated of love and struggle, of the solitude of the heroes and their poetic strength, of the joy and despair of free spirits. Now I understand better how it was also a vigorous transformation of pain and mourning through writing, a testimony that wanted to become everyone’s memory and resist oblivion that, fast, was already falling. 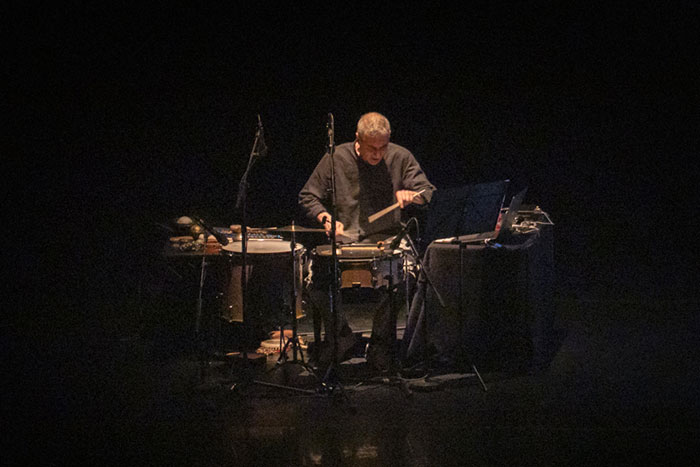 “Politics is a duty, poetry is a need. It is a scream that cannot be suffocated, the anxiety of an instant that cannot be forgotten. Then look for paper and pencil to stop it. ”

Alekos writes in the prison, on whatever he finds, so as not to get lost.

Even for him writing is medicine, memory, a foothold that saves when the world seems to have gone mad. It is a weapon and a shield.

From writing he gets the strength to laugh at his captors, to make fun of them, to endure the loneliness that comes from the obsession to seek and tell the truth.

It seems to me that he also brings relief for an error that prevented him from becoming a murderer, when anger gave him no other solution than an attack, to him who could not even avenge his attackers.

I look at his books now hard to find and forgotten with Pasolini’s preface. Centuries seem to have passed, but the questions are alive. While the whole planet is shaken by wars and changes and the monsters that take advantage of fear and ignorance wake up, the joyful will to resist violence with the tenacious practice of thought, art and writing also remains.

I rely on the dramaturgical intuition and wise sensibility of the composer Luigi Ceccarelli, with whom I have been collaborating for some time, with the talent of two musicians and authors such as Michele Rabbia and Paolo Ravaglia, chosen by him, in the participation of Raffaele Bassetti and Andrea Venus, to recreate through sounds and music a suspended place where to find the lives I lived. When I can immerse myself in music and become sound along with sounds, I seem to lose my body and the limits of my identity. In a continuous exchange between notes, improvisation and rewriting, the dramaturgy is grafted onto the common roots of music and theater and it seems to me more true. The lights of Loredana Oddone draw in the almost empty space a small prison that can become the infinite, the islands inhabited by musicians, cities, the sea, a suggestion of Greece and Italy.

I will not use the words of Oriana Fallaci, I will not dare to tear pieces from a perfect book, but I will try to tell with my poor words about her and him, about that time, about that land and mine, about other writers and artists who they lived the horror of the dictatorship. Through their pain and their strength of resistance I will broaden my gaze as a lucky one, born in peacetime, but who now sees darkness approaching.

I imagine a melologist who links this recent story to the images of the ruins that the wars of the present bring every day before our eyes, while the very life of the planet is at stake. I hear the echoes of past tragedies echo in my spoken speech or spoken song, I dream of a theater that is the nerve center of the polis, catharsis, where the errors of history are pushed to improve: a little light in the darkness, where a laughter resounds, invincible, a laugh . 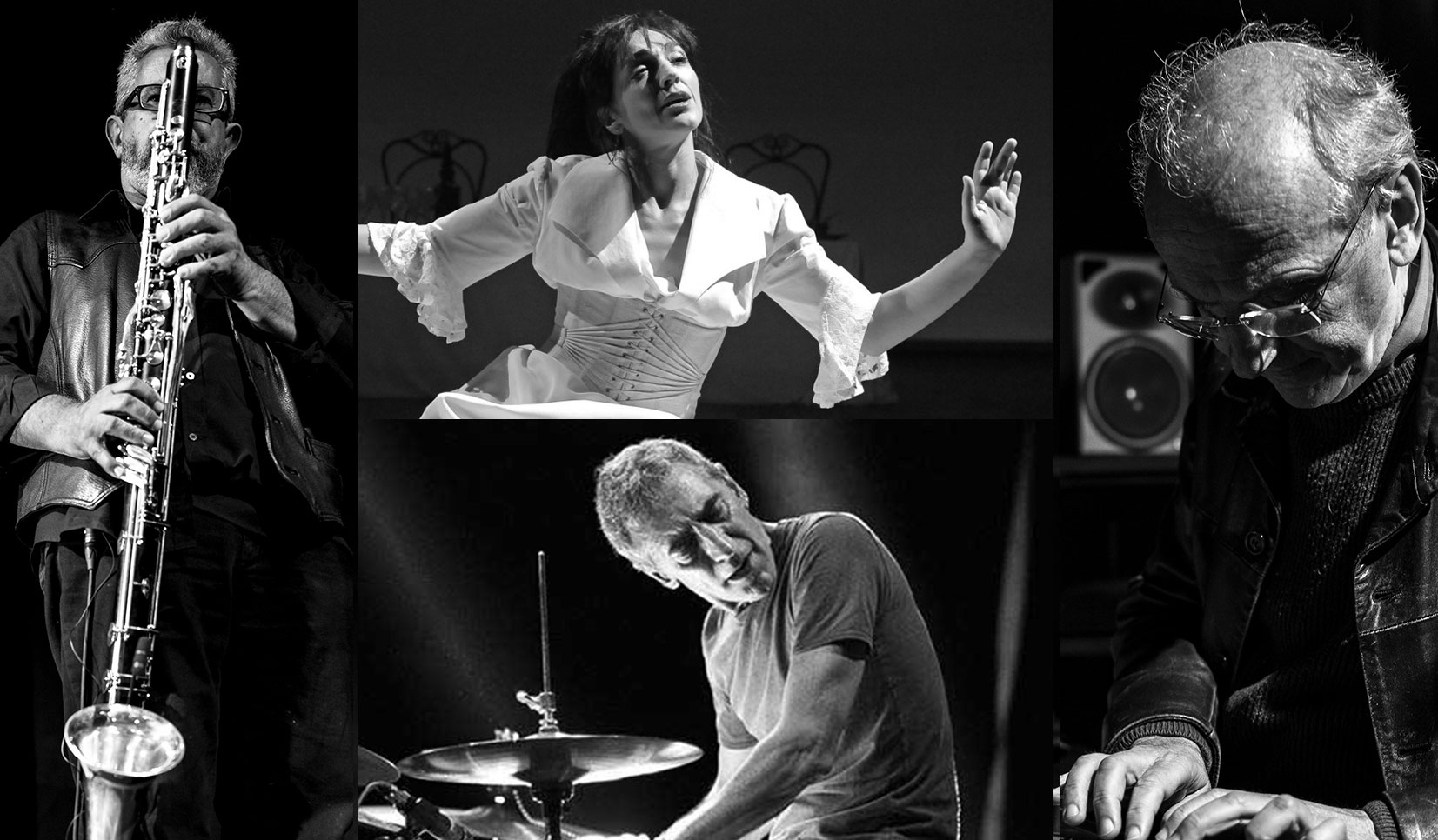