Rick Mathis What impresses me most is that, unlike many other electronic musicians, Ceccarelli’s playing has the distinct ability to “breathe” just as much as his fellow artist’s acoustic instruments. The music seems to float, mingle, seperate, and then join again as a beautiful tapestry of sound is produced. Mesmerizing!!! 😎
.

.
How to open the curtain on a sidereal abyss: Open Border, an open border, worlds that we don’t know yet and are familiar and that we return to visit with great joy in listening …

This stellar quartet, assembled by Ariele Monti (deus ex machina of the Forlì club [Seismic Area]), closed the edition two years ago with a thrilling live which now (edited) becomes a 12 “vinyl (and download) for Ken Vandermark’s Audiographic Records, which produces the work together with Ariele Monti and Area Seismica. What we listened live and we hear now on lp was the tasty and forbidden fruit of the first ever encounter between these heavyweights: Ken Vandermark on saxophones and Hamid Drake on drums to guard the avant-jazz side of the territory, Gianni Trovalusci on flutes and sound pipes (at dinner then on the evening of the concert he would have told me that they were the pipes of a tent … when the genius is said) to probe the land of the contemporary and Luigi Ceccarelli, who turns out to be the real sorcerer, to process the sound of the other three live, adding scientific delirium to delirium, bright confusion to confusion. Pagan music and cultured arm in arm in Hyperuranium, dense and tense silences, stalking, escapes, ambushes, clearings, archaic and forbidden fantasies, lux aeterna, drums.

Thanks to Ceccarelli’s abstract and punctual electronics, the sound is refracted in bottomless wells; the acoustic rain of tenor, flute and percussion becomes hyperreal, a filigree dream. The climate sometimes resembles a more shaggy Threadgill, then there are explosions like in Coltrane’s Interstellar Regions, with live electronics adding quarters of strangeness and impregnability, but every reference is in vain because the music we listen to is truly new and unheard of, creepy. Trovalusci at the sound pipes is a shaman in the academy, the tenor sax turns into a cello, it is the sound of a perennial metamorphosis, a free chrysalis that take off as a contemporary butterfly. The clear feeling is that this is an important musical encounter, the seed of a forbidden and tasty fruit, which no God will be able to prevent us from tasting. A sincere praise therefore to those who thought of bringing these musicians together in space, allowing us to sail with them. At times the ears imagine the music of the pygmies played by Stockhausen, the heart listens to ancient and brand new speeches, elusive secrets, the eyes are dazzled by so much monolithic, kaleidoscopic clarity.

This music creates (and needs) space: a long theory of vanishing points, a cold that tastes of galaxy, cosmic wind, black holes, delicate and powerful epiphanies, sounds in constant movement, pregnant with questions, vague and storytellers yet steadfast in their drift, philosophical and orgiastic, unstoppable, fluid, natural as a breath. Music that seems the transcription in score of a Nietzsche book, ruthless and bloody human. Thirty-five minutes simply amazing.
Nazim Comunale – The New Noise 11/04/2020 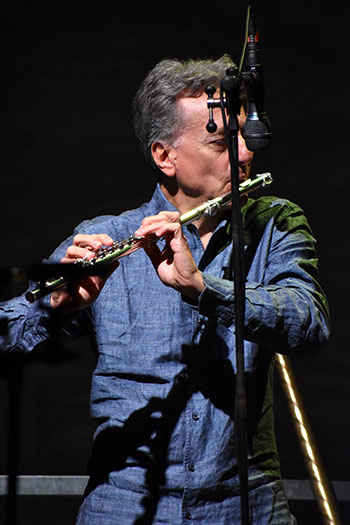 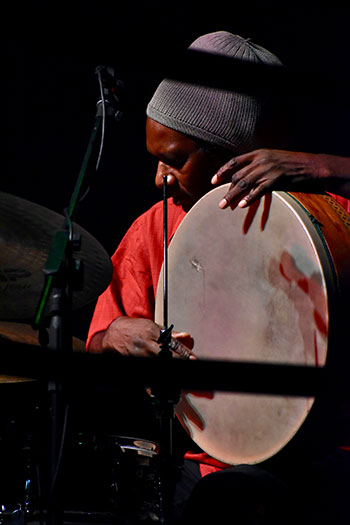 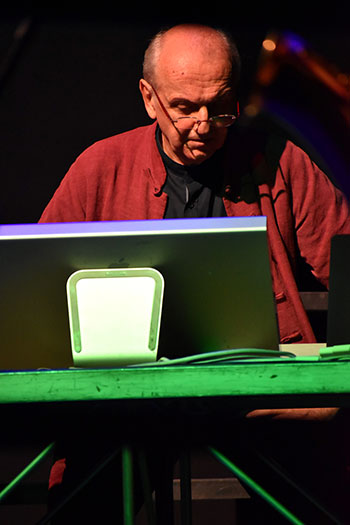 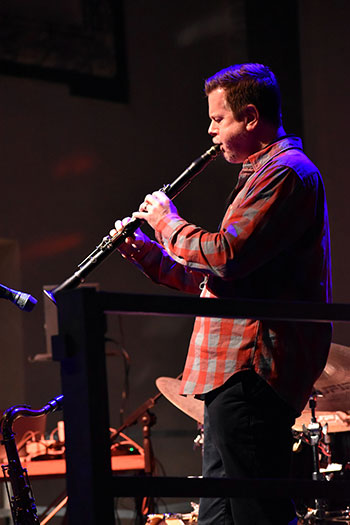