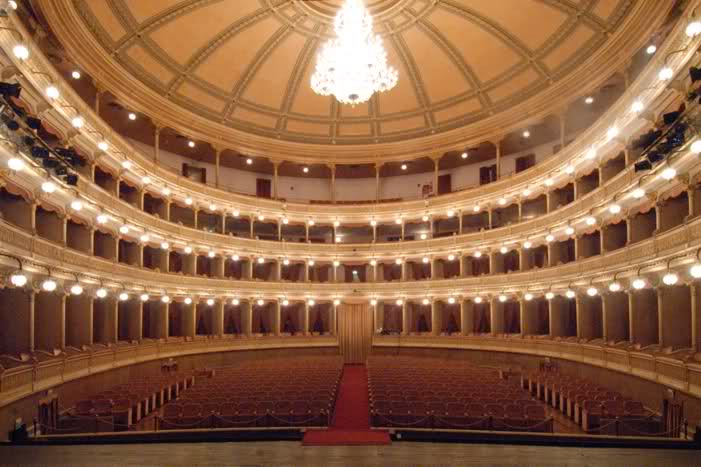 The stage is set with aensemble and a throng of voices and faces: Italians that bring shames about their ever-recurrent tragedies, screaming words of  hatred filled with emotions. It’s the voice of indignation the media bring everyday to Italian homes: a force as well as a weakness arising from pleas, illiterate tirades of extrovert tongues. How close are we to such voices?
It’s a hard-to-describe phenomenon wavering between genuine witnesses and misleading stances. How to investigate these voices, attenuating the muddling buzz that surround them? How to fetch a meaning while avoiding easy judgments? By a proper translation.
Fabio Cifariello Ciardi has collected and classified hundreds of video interviews according to the age, gender and regionality of the participants and the reasons for their hardship. That is, he tried to bring order from disorder at first. Secondly, he channeled such a flood of words by transcribing the intonation, the rhythm and the dynamic of each spoken-voice. Thirdly, he orchestrated the data for an ensemble of seven musicians playing acoustic as well as odd sounding objects. Finally, he integrated the original voices into a multilayered sonic texture articulated through arias, recitatives, strettas an other forms inspired by the Italian Opera.
The result is a constant struggle between spoken-voices and speaking-instruments that capture and amplify the emotional intensity of the speaker while withdrawing speaker’s words. Cifariello Ciardi aim to shed a ‘musical light’ on supra-segmental phonological information supremacy over semantics bonding together voices, instrumental and concrete sounds in an audiovisual contemporary “Passion” about the most up-to-date social and cultural typicalities of Italian people.
Roberto Fabbi