duration: from 10' to infinite 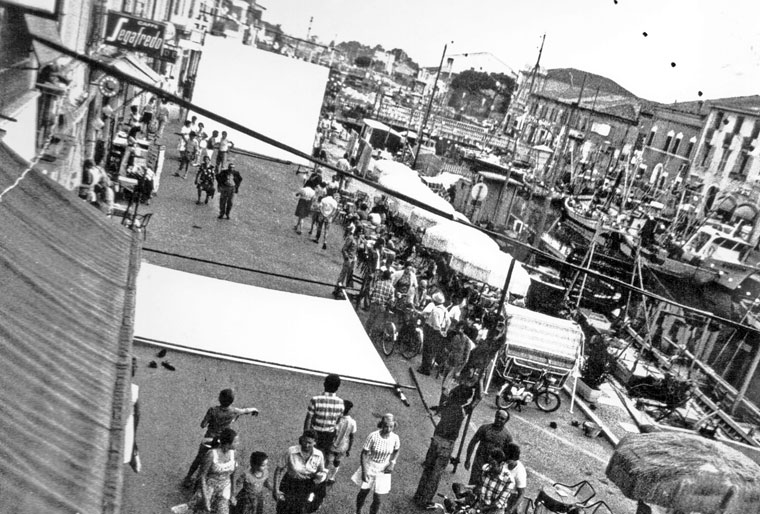 “Il Contingente cambia Colore” is made with recordings of various types of sounds: people talking, ambient noises and sounds of concrete objects. These elements are sometimes electronically processed with laboratory techniques typical of the 1970s, such as filters, ring modulators and variable speed drives.
The recognisability of the materials is variable, and both the texts and the sounds range from a maximum of comprehensibility to a transformation that makes them unrecognizable.
The elements created were then organized and recorded in four sequences of 6, 7, 9 and 10 minutes. Today it is easy with the computer to make four sequences with different times that are repeated, while in 1985, the only way was to record each sequence on a magnetic tape ring (4 “Stereo 8” cassettes were used, recorded on a single track) and have them played by four recorders.
The four rings having different durations combine the materials in a different way and so 63 hours will present all the possible overlapping combinations.