Inferno. Public Call for the "Divina Commedia" by Dante Alighieri 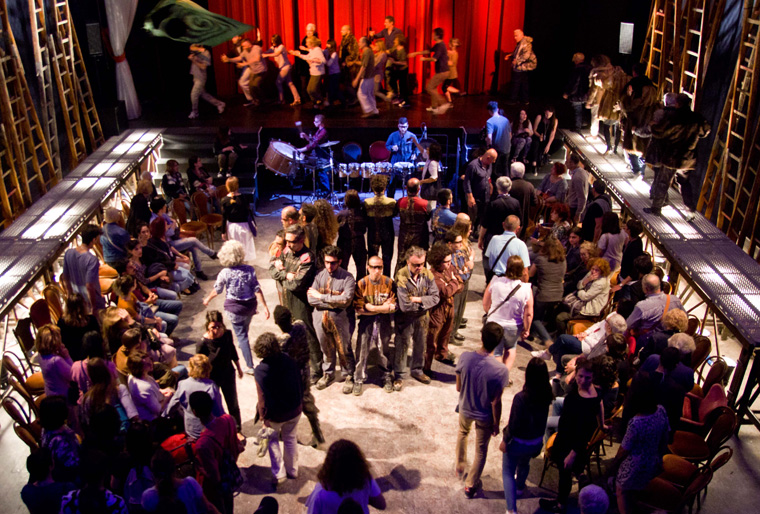 Inferno. Public Call for the “Divina Commedia” by Dante Alighieri

stage space and costumes
students of the Brera Academy of Fine Arts in Milan – School of Scenography and Costume
coordinated by Edoardo Sanchi and Paola Giorgi.

Inferno constitutes the first part of the project La Divina Commedia: 2017-2021
Inferno is a traveling show with limited seats that will start from Dante’s tomb arriving at the Rasi Theater and crossing it in all its spaces.
The duration will be approximately three hours. We advise spectators to wear comfortable clothes and shoes, to bring a bottle of water and to report if they have claustrophobia problems.

…. On June 23 in Ravenna I attended a musical show in which the participatory mode worked perfectly, creating an interactive dramaturgical space of extraordinary lyrical and civil power: Inferno del Teatro delle Albe, taken from Dante’s poem, whose soundscape fascinating was developed by Luigi Ceccarelli. Marco Martinelli and Ermanna Montanari, the souls of the show, have reached here one of the peaks of their theatrical (and musical) journey.
The staging should also be mentioned: its wonders are due to the set designer Edoardo Sanchi who has been working in the field of opera for decades.
I have already spoken in one of my previous speeches of the

vocality of Ermanna Montanari (a real Callas of acting). If we take one of his most virtuosic and exciting “declaimed arias”, the monologue of the greedy and prodigal (canto VII), culminating in the verse-refrain “for human people to get rich”, we find ourselves in not only rap (as many have said): ecclesiastical cantillation, ancient paracatalogé, recitative, rhythmic melologue, modern Sprechgesang – in the Voice of Ermanna live many different voices and “different voices make sweet sounds”.