radio film for voices and sampled sounds
organized by computer

text by Stefano Benni
based on the novel "Terra!" 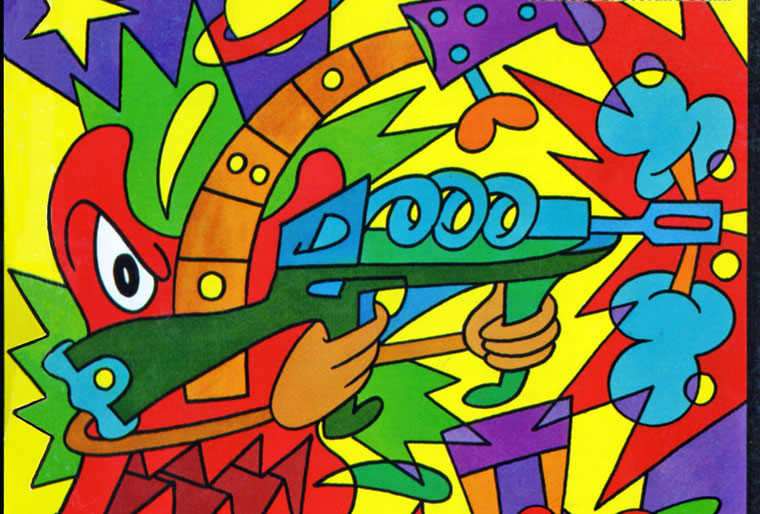 The year 2026 was a year to remember in the history of music.
No, no great singer was born, but many died.
There were resounding successes in the “Hit Parade”.
But above all, the year 2026 marked the end of the “War of the records”,
with the attack on the royal spaceship.
I was there, and I can tell you:
it was February 15th, and that evening he would be there
a great concert on King Akrab’s spaceship,
flying to Andromeda ……..

From a distant and unspecified future, Coyllar, leader of the musical group “le Dzunum”, recalls the last moments that preceded the attack on CalalbaKrab, king Akrab’s royal spaceship.
The attack, carried out in the year 2026 by Coyllar and the “Dzunum” during the concert in the royal spaceship, fully achieved its goal and so King Akrab – one of the powerful of the earth, ruler of the Aramerussian empire – died tragically.
Coyllar’s story is the starting point, especially for Alice, another member of the Dzunum, to recall the story of their career as musicians and describe, with the emotional charge of those who have experienced these events firsthand, the varied panorama of the musical world of the early 21st century.

The protagonists of Alice and Coyllar’s tale are therefore, in addition to themselves, the most significant groups that dominated the music scene at that time: some of them very famous among the general public, others less known, but undoubtedly all fundamental, from the historical and artistic point of view of that eventful period.
Of course, as is the case today, those who move the destinies of music (any kind of music) are not the music itself but commercial interests. Even in this story, therefore, those who move the more or less underground ranks of the game (a very hard game) are precisely the two largest and most famous record companies of that period: One and Eno.