The murdered dead man, the widow, the orphans, the murderer, the presumed principal, with brief counterpoints of people close to them, tell the most famous unsolved murder in Italian literature.

On 10 August 1867 Ruggero Pascoli was killed in an ambush while returning home in a carriage. The crime, which resounds in the poems of his son Giovanni – suffice it to quote “X Agosto” and “La cavalla storna” – remains unpunished. In the following years, a lot of research is published and several hypotheses about its genesis and ways are advanced.

The monologues of La s-ciuptèda return to the story, which are partly the result of invention and partly based on written documents and oral stories. Composed in the Romagna dialect of San Mauro Pascoli, the language in which they occurred and which they need to be recalled, they give voice to the real or alleged protagonists: e ‘mórt’ mazè (the murdered dead), l’asasòin (the murderer ), la vèdva (the widow), i urfan: la Ghita and Giacòun (the orphans: Margherita and Giacomo, who were the eldest), e ‘mandènt (the principal). The protagonists correspond to short voices of people in relation to them. On the first, it is’ mórt ’mazè, and e’ garzòun (the boy). On the second, l’asasòin dl’asasòin (the murderer of the murderer). On the third to al surèli (the sisters). In the quarters i fradél (brothers). On the fifth i samauróis (the citizens of San Mauro). 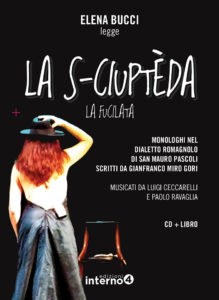