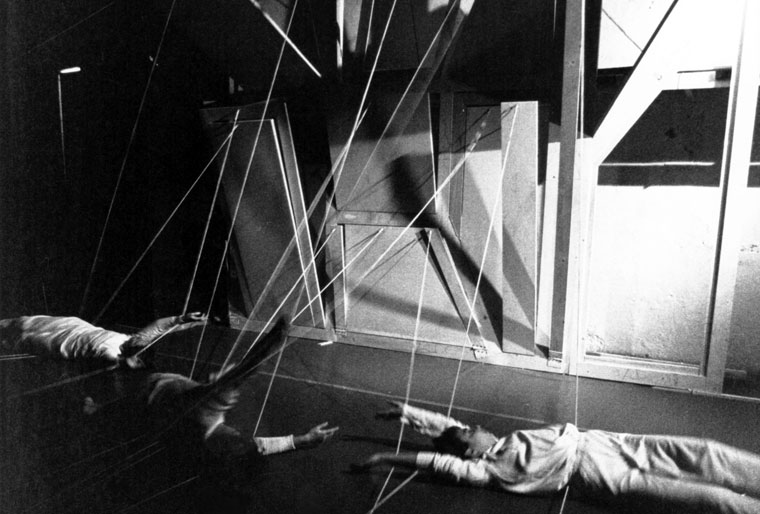 a performance by ALTRO Teatro

…. In Porte à faux the elements of the composition are four: magnetic tape, live double bass (Marcello Federici), three dancers in movement that provoke other movements of spatial objects upon contact, forming a structure, as we say inter-code.
Those doors that slam, those windows that open, those sharp blows have their own expressive and dramatic force. The device is very well built. The bodies that overturn on the wires are like electric shocks that cause sparks, dry and rapid noises, real “variations pour une porte et un soupir” (which is the title of a composition by Pierre Henry).
Every ornamental danger is removed: stylisms are avoided in order to focus on precise stylisms, leaving us with the desire to see continue a discourse of images and figures so measured as to seem even too discreet.