for amplified dancer and live electronics 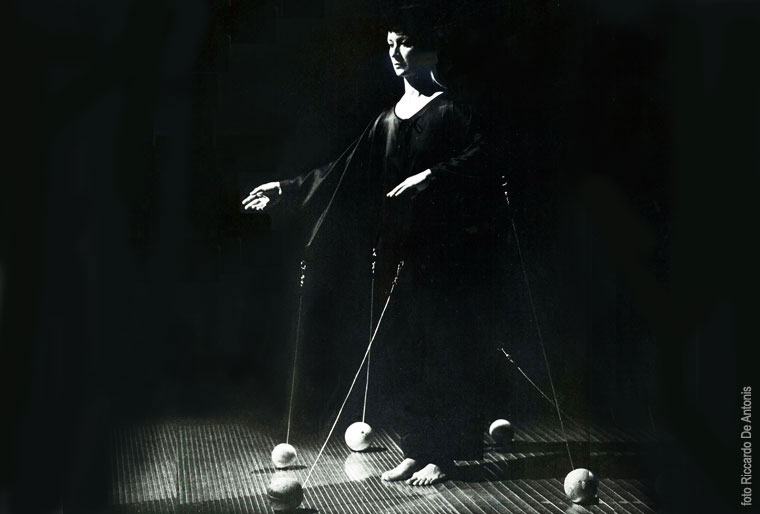 …… The show is based on research into the relationship between movement, sound and space and is divided into two parts. And it comes to mind that in much of the ballet theater these relationships do not exist while here. instead, there is a constant dialogue between the three elements.
In Tanzette the dancer (an impenetrable Lucia La-tour, with the movements and shots of a disjointed mannequin) is connected to points in space by threads from which balls that lie on the ground are hung. From the stresses that are created between the dancer, the threads, the points, movements of the body and points in space are generated. The sounds are conveyed through modulators (sound direction by Luigi Ceccarelli) …….

The dancer is connected to points in space by wires; from the soles = quotations that are created between dancer-threads-points sounds, movements of the body and of points in space are generated. The sound is produced by a metal plate, connected with microphones, on which the dancer will act and the musician-composer will determine the intervention.