Terre Incognite, Concert for Roberto
in memory of Roberto Masotti

The concert ticket is 10 Euros and the proceeds will be donated to AIL, the Italian Association against Leukemia-Lymphomas and Myeloma.

Concerto per Roberto is an invitation to travel: Sunday 20 November, from 6pm to midnight, the Alighieri Theater in Ravenna welcomes many of those musicians that Roberto Masotti, who passed away last May, met, met, listened to, photographed.
Over 30 artists will take turns on stage in the hometown of Roberto, an extraordinary “music photographer” and witness of a wonderful season of creativity: six hours of concert, from avant-garde jazz, especially European but also overseas, to the ECM sound , a record label to which he has been linked by over ten years of collaboration, to the many other music of today, including minimalism and electronic experimentation, passing through the contamination between sounds and the evocation of natural landscapes at the center of many of his photographs.
Nor will there be evidence of his activity in video art and writing, including poetry, the latter little known to the public.

On the occasion, the re-edition – promoted by the Ravenna Manifestations Foundation with seipersei publisher – of the photographic book You Tourned the Tables on Me will be presented, which also includes an essay by the philosopher of music Daniel Charles.
The meeting, with free admission, is organized by the musicologist and media historian Veniero Rizzardi and will be held at 5 pm in the Sala Corelli of the Alighieri Theater. 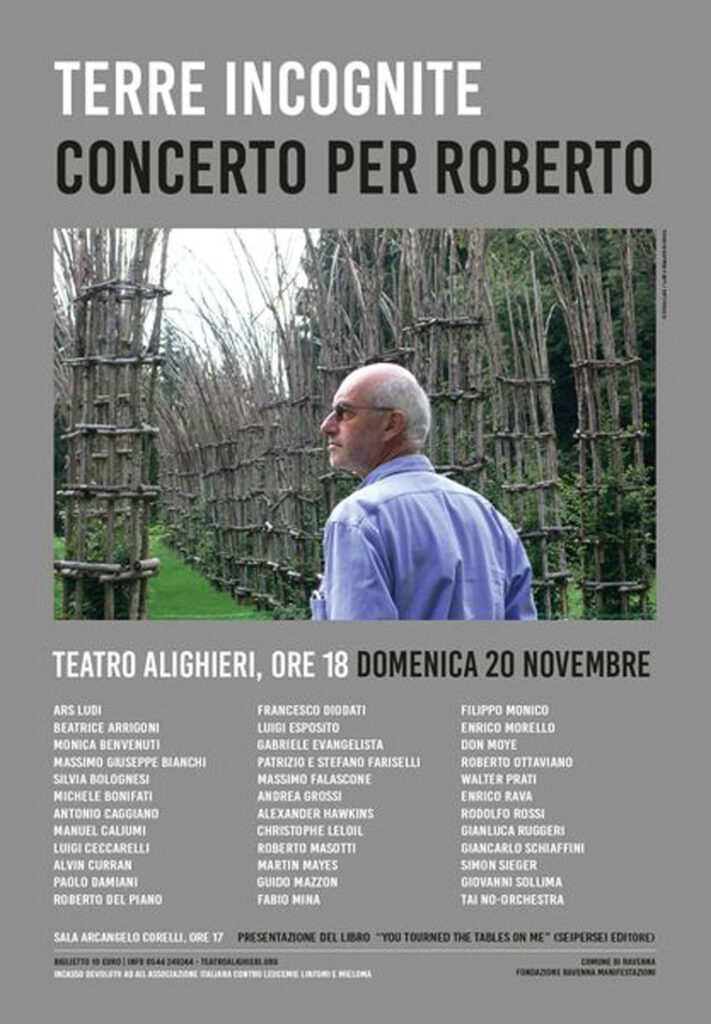