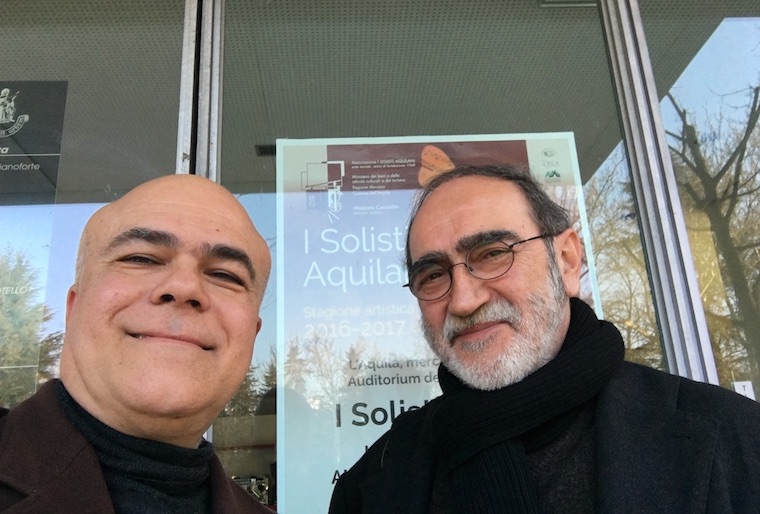 The score is inspired by the famous theme, whose origin is lost in the mists of time and on which have been composed hundreds of versions and variations over the centuries, and testifies to the interest, which can be seen in his latest works, for the elaboration, through completely new compositional processes, of historicized musical material, inserted in completely different contexts.

The viola d’amore is tuned in the traditional way (A-D-A-D-F-A-D), while the seven sympathetic strings also contain two eccentric notes, Eb and Bb.