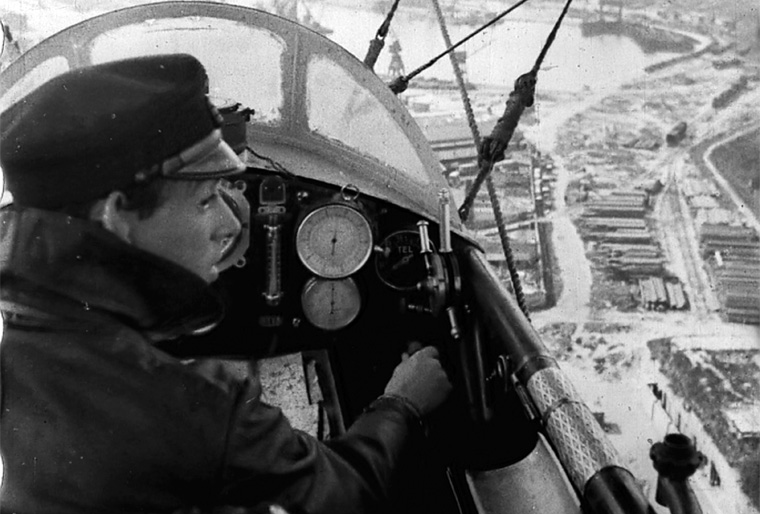 En Dirigeable sur les champs de bataille is the name of a 78-minute film (Edison Studio here presents a 20 minute extract) recently, discovered in the archives of the French army in Paris.

The pilot was Jacques Trolley de Prévaux. His cameraman was Lucien Lesaint. In August and September 1919 they filmed the remains of the Western front the ruins of the Western Front at the end of the First World War, from Nieuwpoort, on the North Sea in Belgium, to the Swiss Alps.