The Edison Studio collective, with the support of Cineteca di Bologna (Film Archive of Bologna), and SIAE - (Società Italiana degli Autori e Editori) for the project SIAE – Classici di Oggi, with the collaboration of the Romaeuropa Festival, since 2016 announces an international music composition contest for moving images every year. The aim of the competition "Sounds of Silences" is to stimulate musical creativity in its interaction with the audiovisual media, particularly for the reinterpretation of historical silent films and the creation of new soundtracks, with a special concern for timbre as in today’s instrumental, electronic and electroacoustic music.
Sounds of Silences organizers aim is to stimulate the finalists to make a valid contribution towards redefining the meaning, aesthetics, and conceptual structures of cinema before the advent of soundtracks, not simply by “accompanying” the images on the screen, but by revealing their original hidden content, thereby giving a new voice to what was previously silent.

The competition takes place in various stages: in the preliminary stage of the competition, entrants must submit an audiovisual work the musical part of which they themselves have composed. Participation in the contest is free. An international jury will then select three finalists among the entrants, who will be invited to create a soundtrack for a medium-length silent movie chosen by Edison Studio in collaboration with the Cineteca di Bologna. A second international jury awards cash prizes to the finalists during a public event as part of the Romaeuropa Festival.
Participation in the competition, both individual and collective, is open to all young composers under 35 of any nationality.

The next edition of the competition is scheduled for 2022.

On 21 October 2020 at the Foyer 1 of the Ex Mattatoio (Testaccio), Rome, as part of the RomaEuropa Festival 2020, the final evening of the 5th edition of the "Sounds of Silences" competition took place. During the event, the films assigned with the finalists' soundtracks were screened. Subsequently, the jury awarded the following prizes: 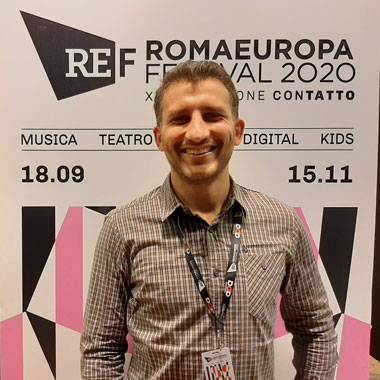 First Prize - Diego Ratto
motivation:
The music effectively represents the director's restless attention to a threatened and deformed contemporary reality, not without figures of love correspondences, so as the author draws them from his own interiority. 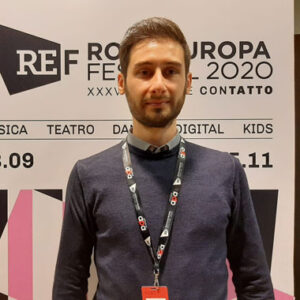 Second Prize - Simone Castellan
motivation:
The drama of humanity threatened by the flames of conflicts, originating in all evidence from social inequalities, is well represented through an ingenious organization of the means of expression.
The formal articulation of the composition is also good, enhancing the poetic quality of the entire film. 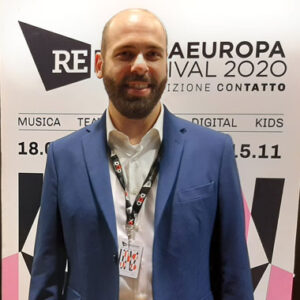 motivation:
At the same time, he was able to grasp the dramatic meaning of the subject and the poetry of the graphic sign.
Music "animates" the film in its fullest dimension.
The musical technical choices affirm the current peaceful synthesis between tradition and experimentation.

162 candidates from 36 countries participated in the competition.

The Edison Studio collective, with the support of the Italian Society of Authors and Publishers (SIAE) for the SIAE - Classici di Oggi project, with the
collaboration of the Romaeuropa Festival 2019 and the support of the Cineteca di Bologna, announces the winners of the Sounds of Silences 2019 Competition

Second Prize
at the Méliès Collective
(Antonio Chirico, Valentina Forte, and Francesco Verdicchia)
for the soundtrack of Buster Keaton's film "The Haunted House" (1921)

67 candidates from 19 countries participated in the competition.

Second Prize - Meno Infinito (Giovanni Tancredi, Andrea Veneri) for the soundtrack of the film "The Vagabond"

91 composers or groups from 16 countries participated in the competition.

First prize to Fabrizio Giraudo (Italy)
for the music of "High Sign" (B. Keaton, 1920)
“For having been able to elaborate a mature and effective relationship between sound and images
on the expressive level, in the name of a profound balance between canon and experimentation".

Second prize to Ludovico Failla (Italy)
for the music of "The Goat" (B. Keaton, 1921)
"For having been able to mirror the image with an equally ironic use of sound experimentation".

Third prize to Myriam Boucher (Canada)
for the music of "The Paleface" (B. Keaton, 1921)
"For the punctuality with which sound design comes into contact with the visual arch".

The competition was attended by 128 composers or groups from 32 countries.

First Prize to Vincenzo Core
for the music of Buster Keaton's "One Week" (1920)
“[...] for having been able to create with sensitivity, imagination, and courage a composition capable of enhancing Buster Keaton's film, without following the more usual methods linked to American silent comic cinema. By elaborating targeted horizontal and vertical relationships with visual dramaturgy, skilfully using pauses and silences, he succeeds in re-contextualizing the vision of a great classic in the eyes of the contemporary spectator. In addition, Vincenzo Core's work appears consistent with the very title of the competition due to the intelligent use of silences ".

for the music of the film by Segundo de Chomòn (1909) "Une excursion sur Jupiter"
"[...] for having built an effective musical score that finds frequent moments of encounter (but also of autonomy) with the frenetic rhythm of the images, demonstrating to master the language of contemporary electronic composition"

This website uses cookies to improve your experience while you navigate through the website. Out of these, the cookies that are categorized as necessary are stored on your browser as they are essential for the working of basic functionalities of the website. We also use third-party cookies that help us analyze and understand how you use this website. These cookies will be stored in your browser only with your consent. You also have the option to opt-out of these cookies. But opting out of some of these cookies may affect your browsing experience.
Necessary Sempre abilitato