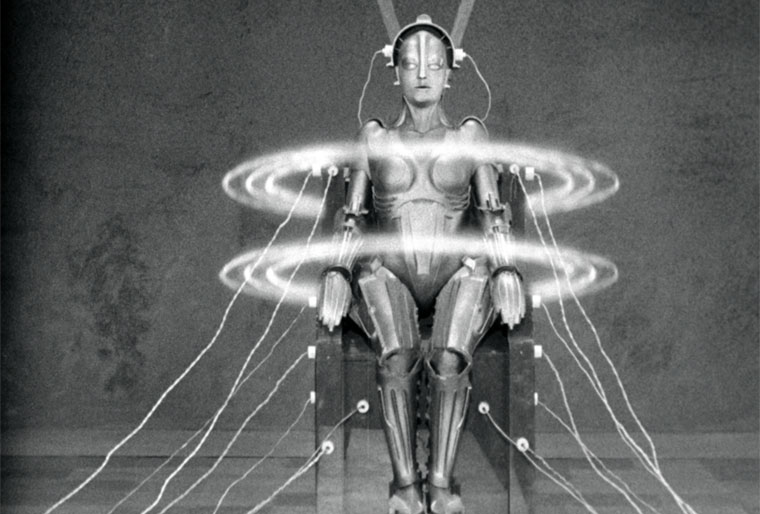 Metropolis is a 1927 silent film directed by Fritz Lang, considered his masterpiece.
Lang sets the film in a dystopian future, in 2026, which is 100 years later than when it was written.
“Metropolis” is a big city, proud of its skyscrapers and its elevated streets, inhabited by very rich and largely idle people. But under its foundations there is another city, that of the workers, where throngs of slave-men work on gigantic machinery and colossal power plants.

The film is one of the symbolic works of expressionist cinema and is universally recognized as a model of much of modern science fiction cinema, having inspired films such as Blade Runner and Star Wars.

After having created the soundtracks of some great silent film masterpieces, Edison studio is preparing to create the soundtrack of what is perhaps the most impressive and visionary of silent films: Fritz Lang’s Metropolis, in its most complete version ever found. , lasting two and a half hours. The futuristic and visionary character of the film lends itself perfectly to the creative work of Edison studio, based on the techniques of electroacoustic music, but very attentive to natural and instrumental sounds, used as a starting point for electronic processing ………