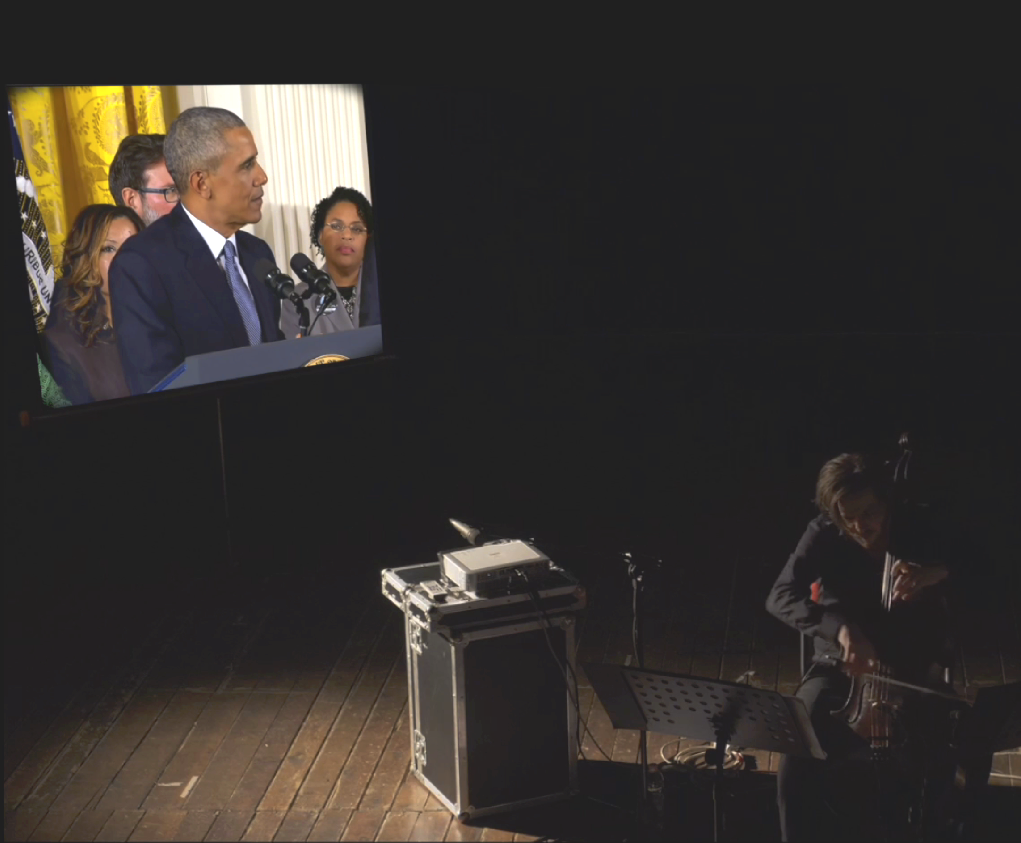 On January the 5th 2016, in a speech that veered from somber to outraged, President Barack Obama unveiled a new set of executive actions aimed at limiting gun violence. The efforts largely center on more stringent background checks.

Little Studies on Background Checks I & II translate the melodies, the rhythms and the timbres of part of that speech to create an intensive interplay between Obama’s voice and the cello. The ideal goal has been to amplify the emotions and feelings expressed by his prosody.

These two short pieces have been composed as preparatory studies for Background checks: a twenty-five minutes work for orchestra, pre-recorded voice and video based on the same speech