for trombone and five double bass 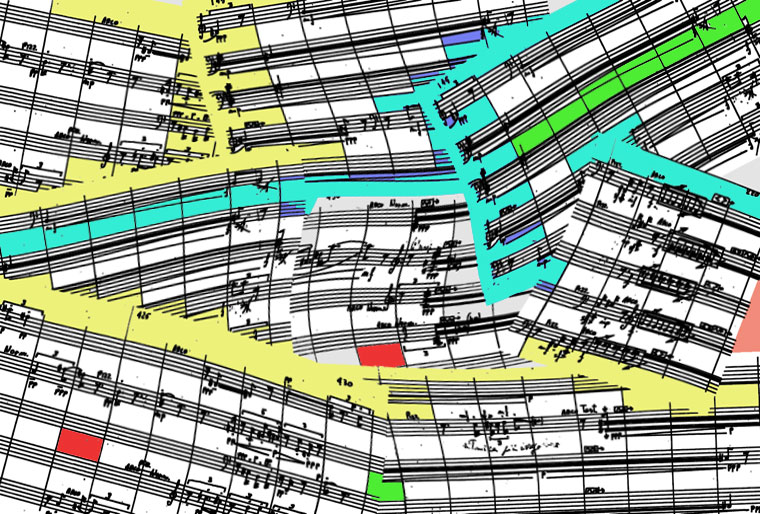 “Compositione Due” was originally written for trombone and 5 double basses, but the trombone part can be played by any instrument, as long as it can be moved around the hall in the audience.

Five double basses are placed around the audience, with a conductor in the center and play a precisely written score. The solo instrument has a random score, with overall times established for each section but independent of the double basses. At first his interventions are fairly discreet and then gradually become more and more intrusive. The soloist’s function is to disturb the performance, and so he enters and leaves the hall and emits sounds that don’t have much to do with the context of the performance.

The piece was performed in the spring of 1975 in the Pedrotti hall of the Pesaro Conservatory by a group of students of the Conservatory directed by GIampiero Taverna.

This website uses cookies to improve your experience while you navigate through the website. Out of these, the cookies that are categorized as necessary are stored on your browser as they are essential for the working of basic functionalities of the website. We also use third-party cookies that help us analyze and understand how you use this website. These cookies will be stored in your browser only with your consent. You also have the option to opt-out of these cookies. But opting out of some of these cookies may affect your browsing experience.
Necessario Sempre abilitato