for clarinet and prepared piano 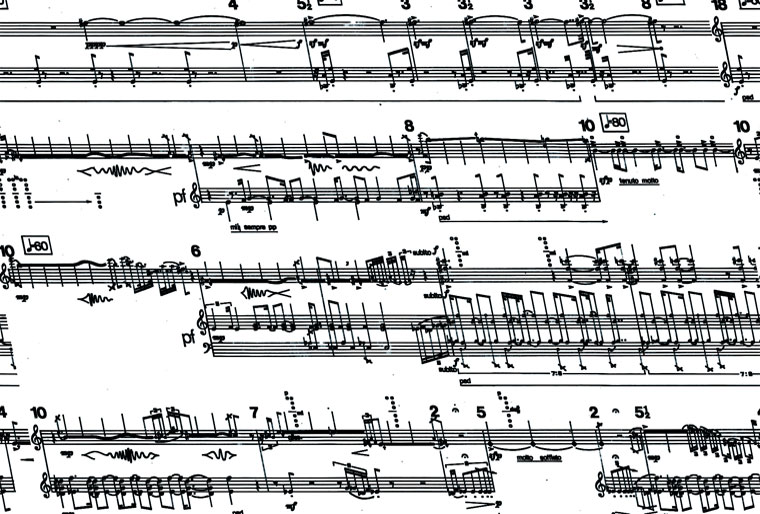 In Zen a Koan is a formula, composed of obscure phrases, which refers to the ultimate truth.
Koans cannot be resolved by resorting to discursive logic, but only by awakening a deeper mental level.

Koan I is a prepared piano piece and solo instrument that employs traditional acoustic instruments outside the harmonic system and tempered scale.
The character of the Koan and its meaning are to be found mainly in the oriental musical culture where the harmonic and contrapuntal conventions have not followed the evolution of Western music, but are aimed at the development of the timbre and melodic dimension.
The sounds of the “Koan I” clarinet can be divided into two categories: one is defined by a pentatonic scale, the other by a group of multiphonic sounds with an inharmonic spectrum.
The notes of the piano are almost all prepared. This allows to elaborate the timbre and pitch parameters and to obtain that each key corresponds to a different timbre with non-tempered pitches and inharmonic components. 22 frets are prepared with small metal bolts that make the sound vaguely similar to that of the Indonesian Gamelangs.
Koan I was written for David Keberle in 1986.