INFERNO
film based on “The Divine Comedy” by Dante Alighieri
directed by Francesco Bertolini, Adolfo Padovan, 1911 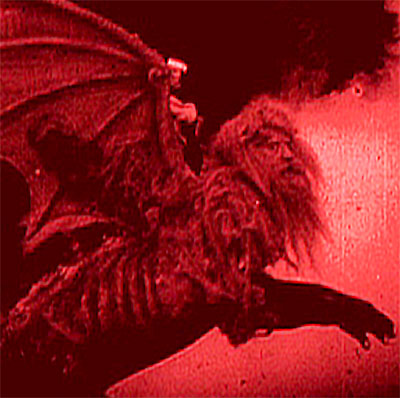 On the occasion of the seven hundredth anniversary of Dante’s death, in 2021 Edison Studio created a new version of the soundtrack of the most visionary film in Italian silent cinema: Inferno (1911) from Dante Alighieri’s “La Divina Commedia”.
This new version is an elaboration of a project commissioned by the Ravenna Festival in 2008 and will be presented for the first time in the Ravenna Festival 2021 in collaboration with Salvatore Insana.

the restoration of the film was curated by the Cineteca di Bologna and carried out by the “L’Immagine Ritrovata” laboratory.

Edison Studio takes up the ancient tradition of silent film with live accompaniment in an original composition of vocal, mechanical sounds, borrowed from nature and the history of music, orchestrated and transformed live with the instruments of new technologies.

The Inferno soundtrack projects the viewer into a dreamlike and at times ironic dimension, thanks to a continuous ‘short circuit’ between reinvented voices, surreal acoustic landscapes, ambient sounds that envelope the space far beyond the possibilities of traditional cinema. The directors of the film, Adolfo Padovan, Francesco Bertolini, and Giuseppe De Liguoro, in 1911 made the first feature film in the history of Italian cinema, an unprecedented colossal: 3 years of filming, 150 actors and extras, 100 scenes, and international distribution that touches Europe and the United States. 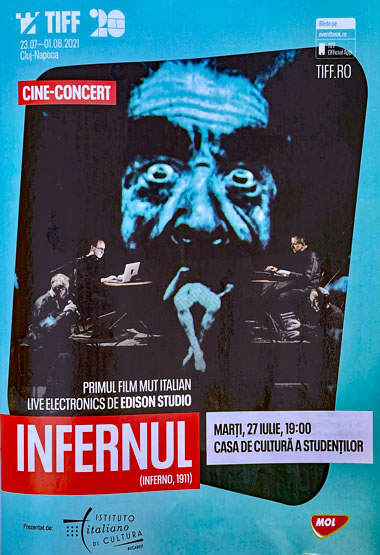 The aerial circling of the carnal sinners, the flashback stories of Paolo and Francesca and Count Ugolino; Pluto, Cerberus, Charon who ferries souls beyond the Acheron river, hordes of bat-demons and the three soul-devouring heads of the gigantic Lucifer are just some examples of the scenes and characters animated by numerous and unpublished special effects, inspired by the famous engravings nineteenth century by Gustave Doré.

A show where literature, cinema, and music blend into a unified and current artistic path.

This website uses cookies to improve your experience while you navigate through the website. Out of these, the cookies that are categorized as necessary are stored on your browser as they are essential for the working of basic functionalities of the website. We also use third-party cookies that help us analyze and understand how you use this website. These cookies will be stored in your browser only with your consent. You also have the option to opt-out of these cookies. But opting out of some of these cookies may affect your browsing experience.
Necessary Sempre abilitato